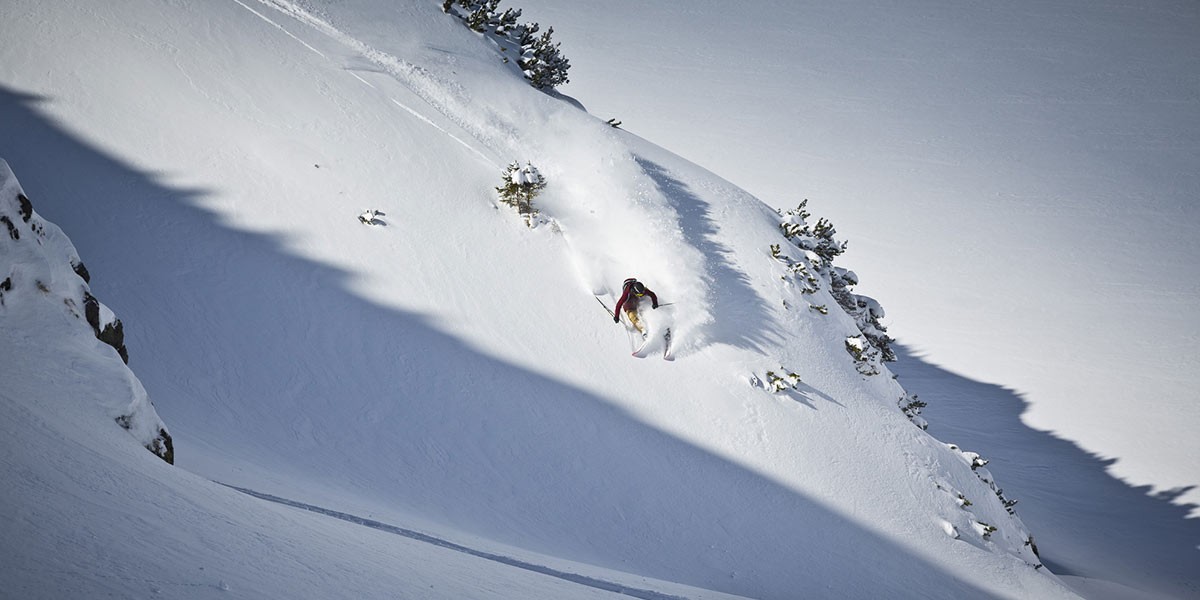 Glorious sunshine in Austria’s largest ski resort, perfectly prepared slopes, and a hint of spring gaiety in the air make these days in Saalbach Hinterglemm particularly memorable. There’s no way around these superlatives, because the blue sky contrasting with the snow-covered mountains is simply legendary at this time of the year.

Optimal conditions for off-piste pleasure - and that’s what it’s about today!

The main competition of the SWATCH FREERIDE WORLDTOUR too place in Fieberbrunn on Wednesday, the 9th of March 2016. Following a postponement due to difficult conditions last weekend, the event finally took place in glorious sunshine. Fieberbrunn - the new partner of the Saalbach Hinterglemm Leogang ski resort - has always been known as a Mecca for freeriders who love a vertical drop. The Alpine slopes in the arena boast the steepest runs and mighty cliffs form a natural “kicker line” for advanced athletes.

The riders dropped into the face - the steepest slope - of the Wildseeloder at an altitude of 2,118 metres. The athletes had to cover the last few metres to the starting point on foot. There is certainly no room for a cable car at this altitude. After the “drop-in” into the chutes, the riders attempted to cover a 620 metre difference in altitude as smooth as possible.

The class of these athletes is reflected in the handling of the terrain. Unimaginable steepness is transformed into a playground of snow, ice, and rock. Almost every freeskier and snowboarder conjured up spectacular jumps over the rock ledges.
The spectators had a great view of the event at all times. The so-called Contest Village - with a live broadcast and a majestic view of the acrobatic performances of the best skiers in the world - was located on the opposite slope.

Marvelling at the freeriders is a truly sublime experience, but only very few would want to trade places with the athletes. Enjoying the spring sun and a few drinks in one of the many ski huts sounds like more fun. While one may fantasise about a 30 metre jump on skis over a cliff, it probably isn’t something that one should try in real life.

We are definitely looking forward to next winter, when the Tyrolean ski resort Fieberbrunn will host the SWATCH FREERIDE WORLDTOUR once again.

Until then, why not enjoy the eva,VILLAGE!