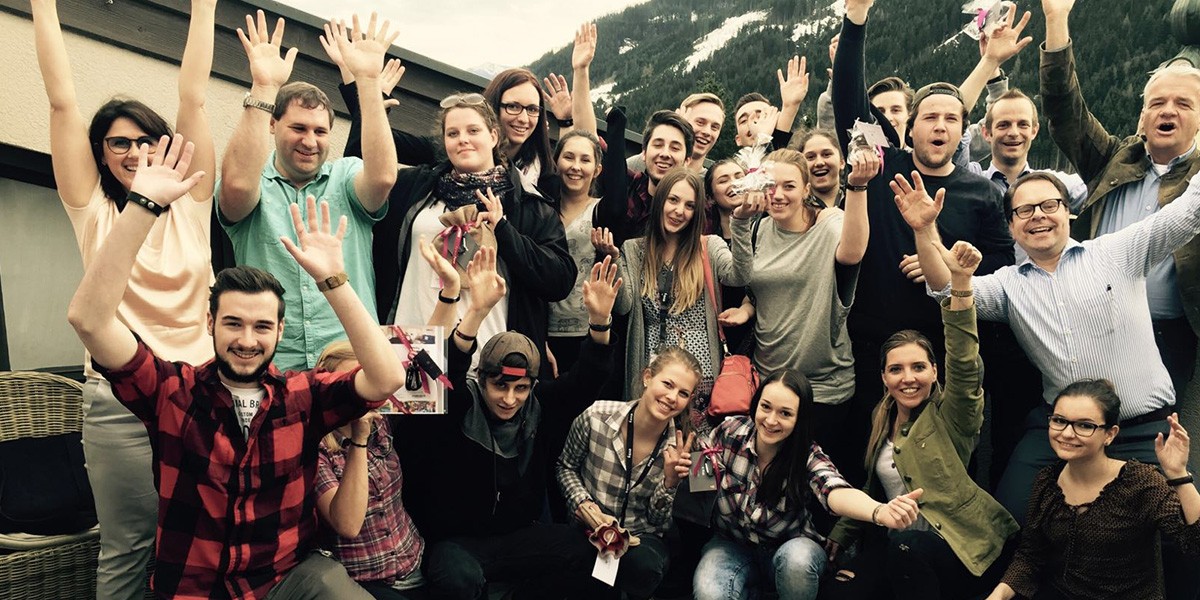 The Unterkofler family cares about the future of tourism. They are young individuals that have fully committed themselves to the topic, thereby implementing fresh ideas that elevate the mountains of Saalbach Hinterglemm to a whole new level.

As part of the “New Work Environments” project, 18 selected students from the federal province Salzburg developed creative ideas for the hotel of the future from the customer and employee perspective between the 30th and 31st of March 2016 in the form of a 24h Service Design Thinking Jam.

“We were surprised at how interesting and useful the resulting ideas were. The results exceeded our expectations. This definitely wasn’t the last Jam”, says Daniela Unterkofler, the junior manager of eva,HOTELS.

The event was a co-operation between the companies eva, from Saalbach as host, Lohninger & Wunder Tourismusberatung from Salzburg, and xm:institute from Vienna. The students involved are pupils of the Multi Augusteum in St. Margarethen in Lungau (tourism and multimedia department).

The idea for this project was the result of a brainstorming session involving Daniela Unterkofler (eva,) and Cornelia Lohninger (Lohninger & Wunder Tourismusberatung). xm:institute’s Dr. Oliver Mack, who researches next generation management and leadership models, accompanied the event from a methodical-conceptual angle.

“We wanted to implement an innovative experiment and find out which standards young staff and guests will expect from premium hotel businesses in the future”, Cornelia Lohninger, the founder of Lohninger & Wunder Tourismusberatung, explains.

The students faced the challenge of evaluating the core issues the hotel industry will need to tackle. First, the students went on an expedition of sorts to explore the front office department - including reservation/reception, lodging/infrastructure, activities, services involving individual restaurant businesses, and the hotel operation in general - and identified the most important issues and challenges from the perspective of the so-called Generation Z. The next step was to pick one of the many ideas before developing it into a concept prototype in several steps. “We challenged the students utilising what we call Service Design Thinking, meaning that their ideas were tried and tested by employees on location and potential guests in public on a regular basis”, Dr. Oliver Mack, the founder and lead researcher of xm:institute, reveals.

This project was the first of its kind in the federal province Salzburg to be implemented in co-operation with a hotel business. Due to the very positive feedback, the plan is to implement further jams of this - or a similar type - in the near future.