How skiing got lost to Saalbach 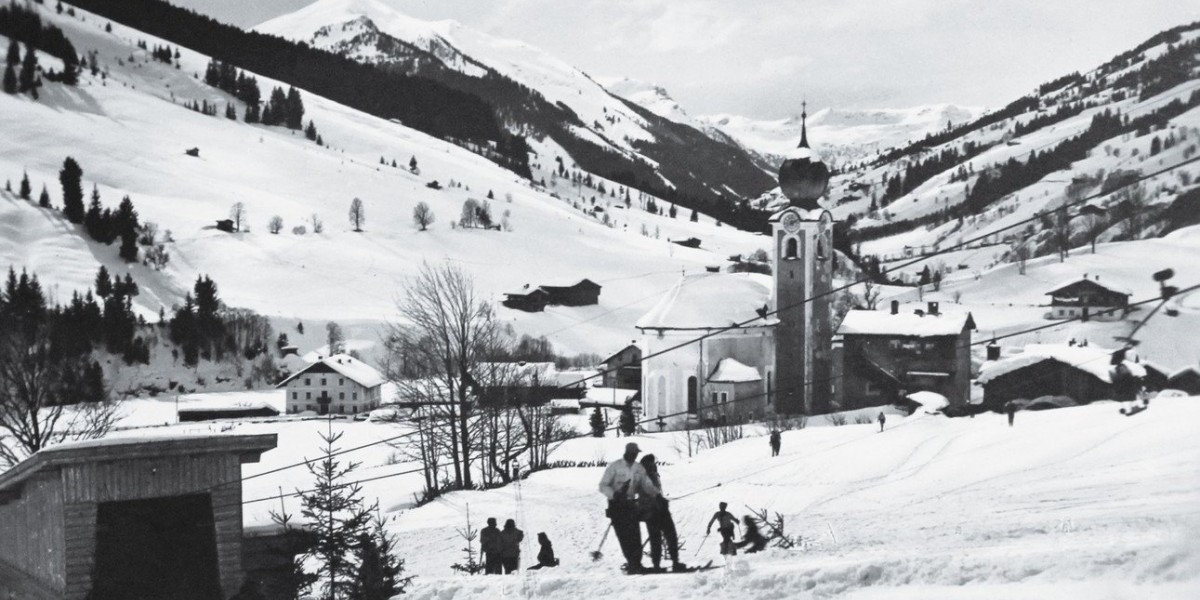 Skiing has been at home in Saalbach for over a hundred years. A "ski resort!" sounds across valley and national borders. A ski resort with history and tradition.

And so it happened in 1898 that a native emigrating to Mürzzuschlag brought the first skis into the valley. He wanted to gain a foothold in his poor hometown, but could not stay because of the prevailing poverty. But he left his skis there, because in Mürzzuschlag people skied already for a bit longer.

Finally, the skis came in detours into the hands of the head teacher of Saalbach  - Peter Höll. The athlete immediately knew the importance of these two wooden planks, as he read the classic Norwegian book by Fridtjof Nansen "On snowshoes through Greenland". Afterwards he let his students try his remakes of these skis, to the delight of the children . Incidentally, these experiments took place in the immediate vicinity of the current location of the eva, VILLAGE.

Three years later, the new sports teacher Ludwig Ramsauer joined the idea of ​​teaching ski to the children. And now we present the two ski pioneers from Saalbach - Peter Höll and Ludwig Ramsauer.  After a work change of teacher Ramsauer, the Tyrolean teacher Hueter came to Saalbach. The ski fanatic Hueter campaigned for the distribution of skis in the village. Due to the persuasion of Hueter and Höll some homeowners built small guest rooms for the "strangers". The first sparks of a tourism in Glemmtal. 1907 is at this time on the calendar.

With the acquisition of Bilgeri Ski from the stock of the military for poor families, the teachers could move even more families and children to ski until finally in 1913 the first student ski race took place.  Shortly before the teacher Ramsauer came back to Saalbach and founded with Hueter the first winter sports club Saalbach "(WSV) with 44 members.

This association was instrumental in the tourism development of Saalbach. This driving force was responsible for the first advertising, for the renaming of the railway station of "Maishofen" in "Maishofen - Saalbach" and opened 1934  the first ski downhill on the Schattberg.

THE TIME OF THE MOUNTAIN RAILWAYS

Bold local visionaries founded the first "Schiliftgesellschaft Saalbach" in 1945 and built the first chairlifts in the valley.  In 1950, the Hinterglemmer followed and founded the "Zwölferkogel - Personengemeinschaft", which was instrumental in the construction of numerous lifts in the following years.

Tourism recovered again after the terrible years of the Second World War and over the decades, Saalbach became one of the most popular ski destinations in the world. This culminated, among other things, in the orientation of the Alpine Ski World Championships 1991. A sunny Ski World Cup in the shadow of the Gulf crisis. However, this major event could manifest itself in the minds of visitors and the images with a bright blue sky and sporting excellence were born into the world.  And now we are here, in 2018, and we are thirsting for the first snowflakes that dance from the sky to announce the approaching fun on the slopes.