New on board and Ski: Fieberbrunn 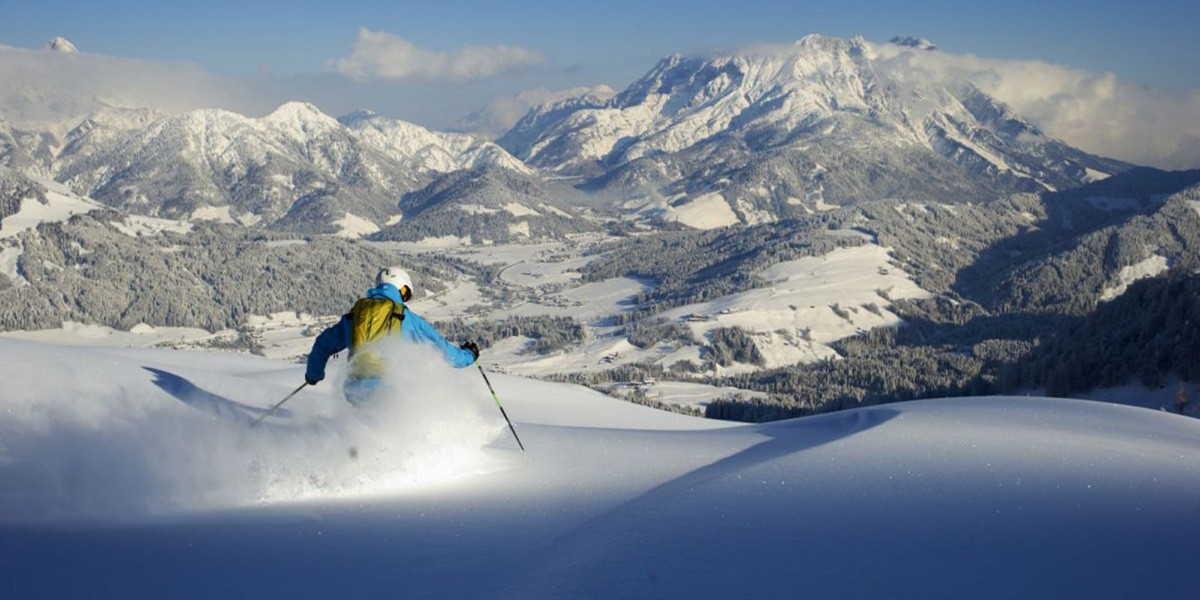 Limits will be tested and overcome. As happy as we are crossing borders, so is also Saalbach.

Freeriding as an attitude of life - here the sport is life!

Entering the ski arena directly behind the eva, is easy enough. One floats up the mountain and reaches the summit in no time. It's time to beam along with the sun, fill your body with fresh, clear air, and explore the slopes. Magically attracted to the new connection, you head off in the direction of the "Sunliner". Nomen est omen - refill your vitamin D tanks in the process! Once you've arrived at the top, you're only a few swift turns away from the mountain station of "TirolS" - "Tirol" stands for Tyrol and "S" stands for Salzburg. So what can we expect from the brand new part of what is now Austria's largest ski resort? Let's take a quick look at some facts. The Tyrolean market village has slightly more than 4,000 inhabitants and is, at 790m above sea level, slightly lower in altitude than Saalbach. The village is the largest of its kind in Pillerseetal. Tour bikers have probably already visited this area. Detours into the region are part of, for instance, the "Hennerleiter" trail. In winter, the connection is naturally a little more expansive. From the "Reiterkogel", one follows 3.5km of perfectly groomed pistes to the middle station of "TirolS". Now you find yourself at the heart of the Tyrolean part of the ski arena. So what does Fieberbrunn contribute to this "marriage"?

...a freeride paradise:
The SWATCH FREERIDE WORLD TOUR BY THE NORTH FACE (FWT) visits Andorra and Alaska, as well as the romantic village of Fieberbrunn. Freeriding as an attitude of life - here the sport is life! The FWT event takes place on the "Wildseeloder North Face". The 610m vertical drop and a gradient of up to 70 degrees are, however, not only attractive on the 31st of January. The whole are is an insider tip among freeride enthusiasts and is particular popular due to its partly rough terrain, perfect snowdrifts, and its infinite vastness.
While Saalbach Hinterglemm boasts cool après ski, comfy ski huts, perfect pistes, and an excellent infrastructure, Fieberbrunn is the perfect freeride destination with additional slopes and a hint of "typical Tyrolean atmosphere".
Different ski areas that throw all their respective strengths into one hat and form a unique "LARGEST" whole - the eva, is right in the middle of it all, like a pulsating heart.