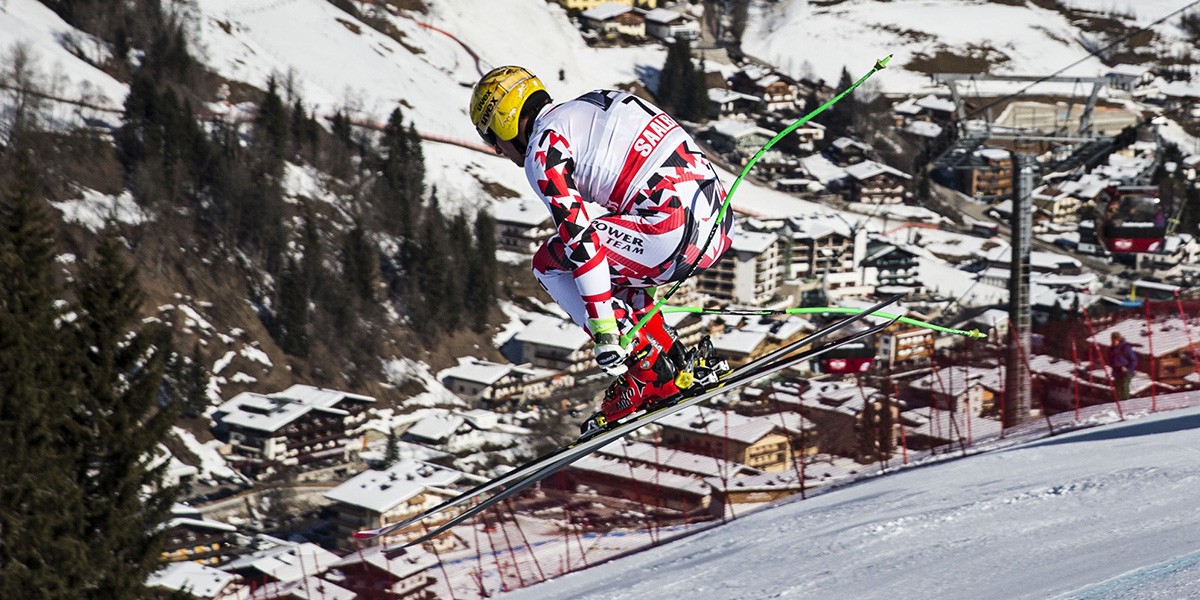 After a 13-year absence, Saalbach successfully made its comeback to the "Audi FIS Ski World Cup".

Approximately 22,000 spectators witnessed two exceptional men's speed races (Downhill/Super G) on the 21st and 22nd of February 2015. On both days, the atmosphere was truly outstanding. The organising team - headed by president Peter Mitterer, secretary general Peter Hartl, race director Bartl Gensbichler, and mayor Alois Hasenauer - was thrilled to receive praise from both the athletes and the coaches. "It was a great event and we received a lot of positive feedback. The preparations in co-operation with the Austrian Ski Federation, which started in August 2014, proved to be perfect. We are not only proud of the success of the Austrian athletes, but also of our motivated young people of our local ski club", president Peter Mitterer said. "It was such a cool weekend. I think we can all be satisfied. The hard preparatory work has paid off and was rewarded by the audience", secretary general Peter Hartl added.

One of his highlights were the TV images that were broadcast around the world from the first training on Thursday onwards. They showed Saalbach Hinterglemm in all its sunny splendour. Hartl was also fascinated by the enthusiasm of the fans during the race, as well as at the awards ceremony and the starting number presentation. "The atmosphere around the mountain was outstanding. We would love the opportunity to organise such events in Glemmtal on a regular basis. A World Championship would, of course, be a great honour for Saalbach Hinterglemm." "Yes, we showed the skiing community what we are capable of. We organised two excellent speed races and we triggered desire for skiing far beyond the borders of the Salzburg province", race director Bartl Gensbichler said.

The organising committee was also proud of the fact that its concepts proved right on the money: slope grooming, public viewing, supporting programme, and traffic management. "We are really proud that we all pulled together and that there were no mishaps. Such events contribute greatly to the good mood in the village and creates a great togetherness. Even the notorious moaners I met were thrilled. Of course I am also very happy with the outcome of the race itself", mayore Alois Hasenauer explained. Ski history repeats itself too, you know? A look at the World Cup results in Saalbach Hinterglemm's past proves that.